Funded via 81 amazing backers on: 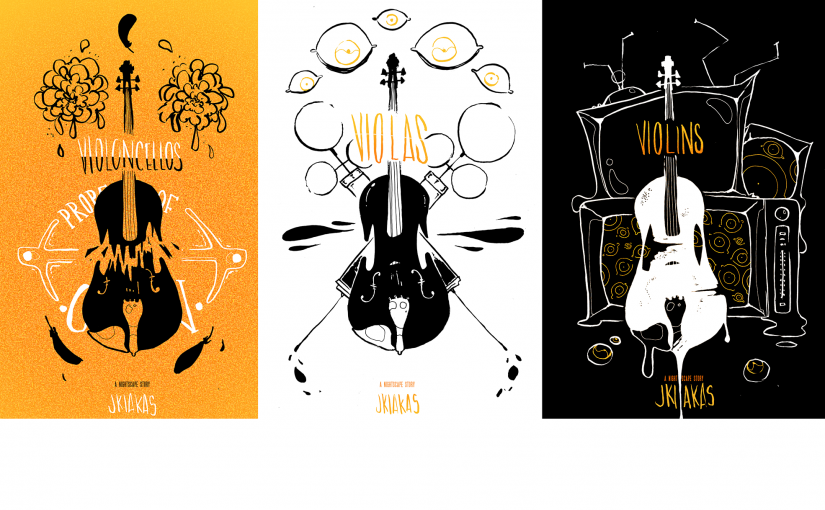 These books can be read in ANY ORDER the reader chooses.  There is no first book.  The first is whichever book you, the reader, decide to start with!

Clicking on the following banners, you can have a taste of the writing style and the illustration style/mood of the story:

Oliver Sanswicky is a young man who enjoys being alone. Unfortunately, he is consistently disturbed by various visitors, all who want something from him. While Oliver isn’t always particularly certain what it is these people want from him, he very much knows that all he wants, and all he’s ever wanted, is freedom.
This freedom is merely at his fingertips as he struggles with the horrible thought that his reality might be out of his control.
We all fall down.

Oliver Sanswicky is a man whose life consists of living every day nearly the same. Under the sharp eyes of various Gods, he reminisces about the choices he’s made that have led him to piloting the world’s largest known death machine and comes to a very grave realization…
Oliver has never experienced a true freedom. Despite hardship after hardship, his choices have brought him to the single-most conclusion:
We all fall down.

Oliver Sanswicky is a young boy with an ever growing fear of birds, birds, birds. In his unfortunate predicament he is slowly becoming one. Surrounded by people much more powerful than he is they take away all the things most important to him: his friends, his mother, his freedom.
Oliver’s struggles push him to a near-point of defeat. A point that causes him to wonder if perhaps a little song might ring true.
We all fall down.

Already bought the books?  Still want to support the storyteller?

Have you read VVV Trilogy?  Please feel free to write a review in the comments below!